An Unexpected Message from the Future

I was recently experimenting with some extremely high frequency receivers in the 125 GHz band, when I detected an unexpected but strong and repeated signal. I recorded it and after a considerable effort using sophisticated machine learning tools, I was able to decode the signal. It appears to have come from the future by a means unknown. The message read as follows: “To you who have successfully received and decoded this message, greetings! We are sending this message back in time from 2045 in the hope that its recipients will recognize the profound importance of the period from 2020 to our present. We are at the cusp of the middle of the 21st Century. The past 25 years have been critical to our survival as a society and as a species, for it was in 2020 that it was finally recognized that our only hope was to focus intensely and resolutely on the development of new technologies to cope with the crisis of global warming and its side-effects.

Information processing, data sciences, machine learning and more general artificial intelligence have all had a role to play in containing the consequences of the positive feedback loop of carbon dioxide and other greenhouse gases that have run rampant since the dawn of the 19th Century. A major effort to deploy dense and widespread sensor systems on land, on the sea and in space provided the raw data we needed to understand, model, analyze and ultimately counter some of the worst side effects of climate change. Thanks to the rapid deployment of the Internet using low Earth-orbiting satellites, escalating submarine cable connections and widespread radio connectivity, a global environmental sensing system was set up thanks to the agreements put in motion by the UN Secretary General’s prescient invitation for the nations of the world to make digital cooperation a reality.

Agreements were reached on standards for information sharing, massive data and metadata accumulation and new analytic tools, some based on sophisticated machine learning methods. We were able to model in far more detail than before the interactions of atmosphere, ocean and the effects of cloud cover to predict climate and weather conditions more precisely. Sophisticated genetic modeling allowed botanists to develop new species able to survive and thrive in warmer, dryer climates and in saltier water conditions. Ocean flora and fauna were introduced that were capable of living in the more acidic surface ocean layers near continental boundaries.

A particularly important development came around 2030 with a breakthrough in energy storage technology allowing electrical energy to be stored cheaply and efficiently and in vast quantities. Energy from intermittent power sources such as wind and solar was harvested and stored for use when needed. Equally important, new designs for meltdown-resistant nuclear reactors were finally approved and construction begun. These systems burned “spent fuel” from much older and less efficient nuclear power plants.

In our time, the Internet has become ubiquitous, accessible everywhere and in copious capacity. Most access is wireless although all such systems ultimately “go to ground” in the form of optical fiber networks girdling the globe. Information is available in all languages and discoverable through fully accessible applications usable by everyone. We have also come to grips with the pernicious and toxic consequences of unbridled social media. Recognizing the incentives for economic and societal harm seemingly implicit in online environments and the weaknesses of the technical information infrastructure on which we increasingly depended, cooperative regulatory guidelines were agreed among the nations of the world and enforced through broadly adopted treaties.

Knowing what is possible is 90% of the way to overcoming skepticism and uncertainty. We here in the future commend you of our past for your brave and determined initiatives to re-invent the world for your future descendants. Please know that the effort has been worth it!” 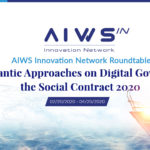 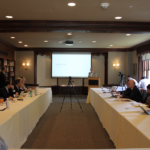 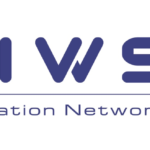 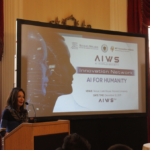 We will review the reports from both freelancer and employer to give the best decision. It will take 3-5 business days for reviewing after receiving two reports.